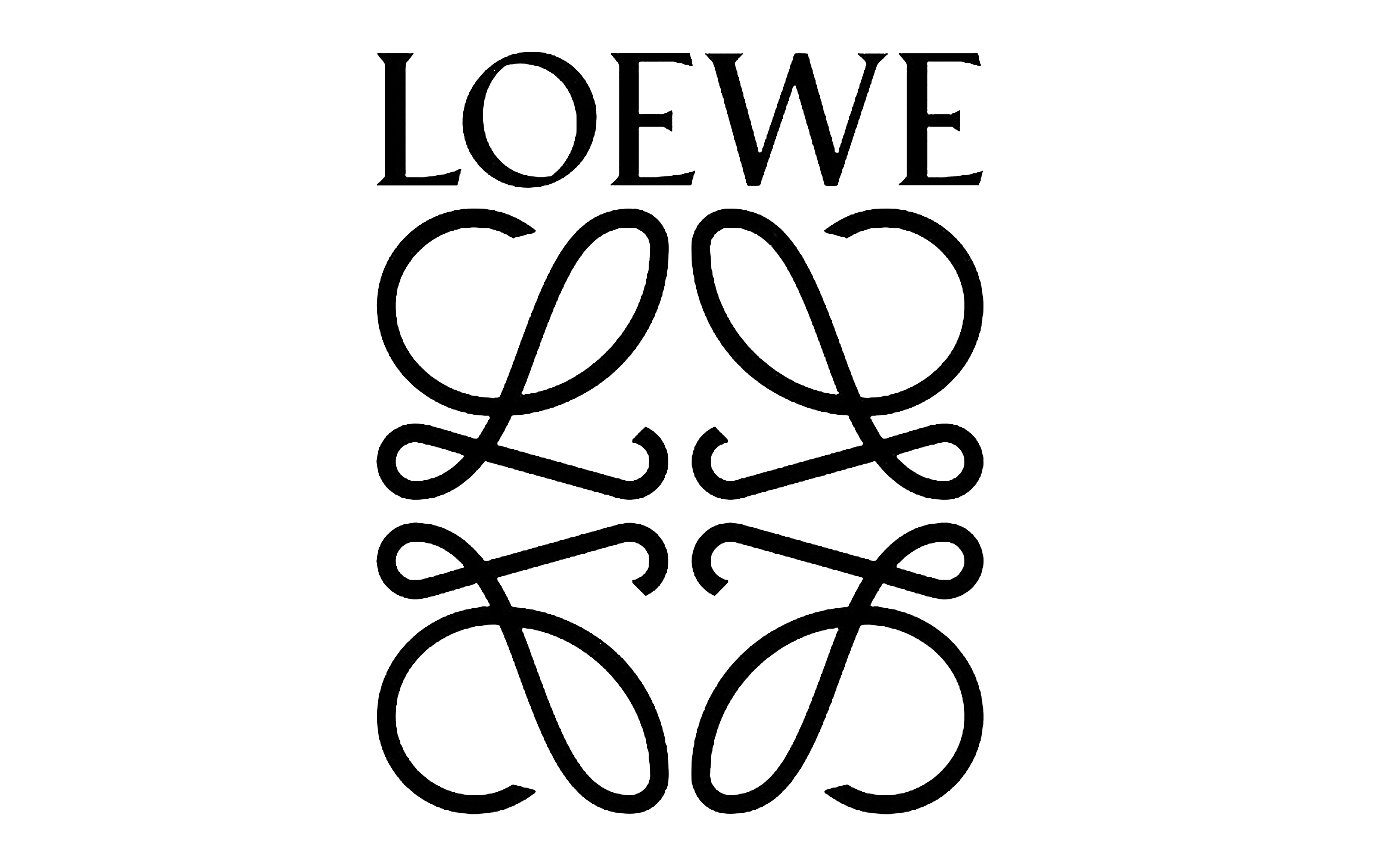 Loewe is a Spanish clothing and luxury goods brand based in Madrid. The company was founded in 1846 when a group of leather craftsmen came together to open a shop in the commercial district of Madrid. In 1872, a German leather craftsmen with a love of Spanish culture, Enrique Roessberg Loewe, came to Madrid and began working with the Madrid craftsmen to establish the brand. By 1892, Loewe's reputation as the finest leather goods house in Madrid was solidified.

Loewe was appointed Official Supplier to the Royal House under King Alfonso XII, in 1905. Expansion across Spain began with a second shop in Barcelona. Additional stores were opened in 1923, and grandson Enrique Loewe Knapp took over the business in 1934, continuing the expansion.

A radical departure for the company took place in 1945, when the first model for a box calf bag was developed. This design would become the company's signature product and enabled the company to expand internationally in the 1960s.

The first women's ready-to-wear fashion line came in the 1970s, with esteemed designers Karl Lagerfeld, Giorgio Armani and Laura Biagiotti offering designs for the brand. Silk goods and the distinctive Loewe monogram were also developed in the 1970s, and the company made its first foray into fragrances.

L de Loewe for women was the company's first fragrance, introduced in 1972. Loewe Loewe for men was the first men's scent, launched in 1974.

The Asian market is one of Loewe's most lucrative, with Japan's first store opening in 1976. Loewe has more than 35 stores still open in Japan today.

A partnership with French luxury goods conglomerate LVHM in 1987 paved the way for further international expansion. LVMH formally took over direction of the company in 1996, and they installed Narciso Rodriguez as the designer of Loewe's women's wear collection. Stuart Vevers was named Creative Director of Loewe in 2008.

LOEWE Esencia Edp 100ml for MEN
Out of stock