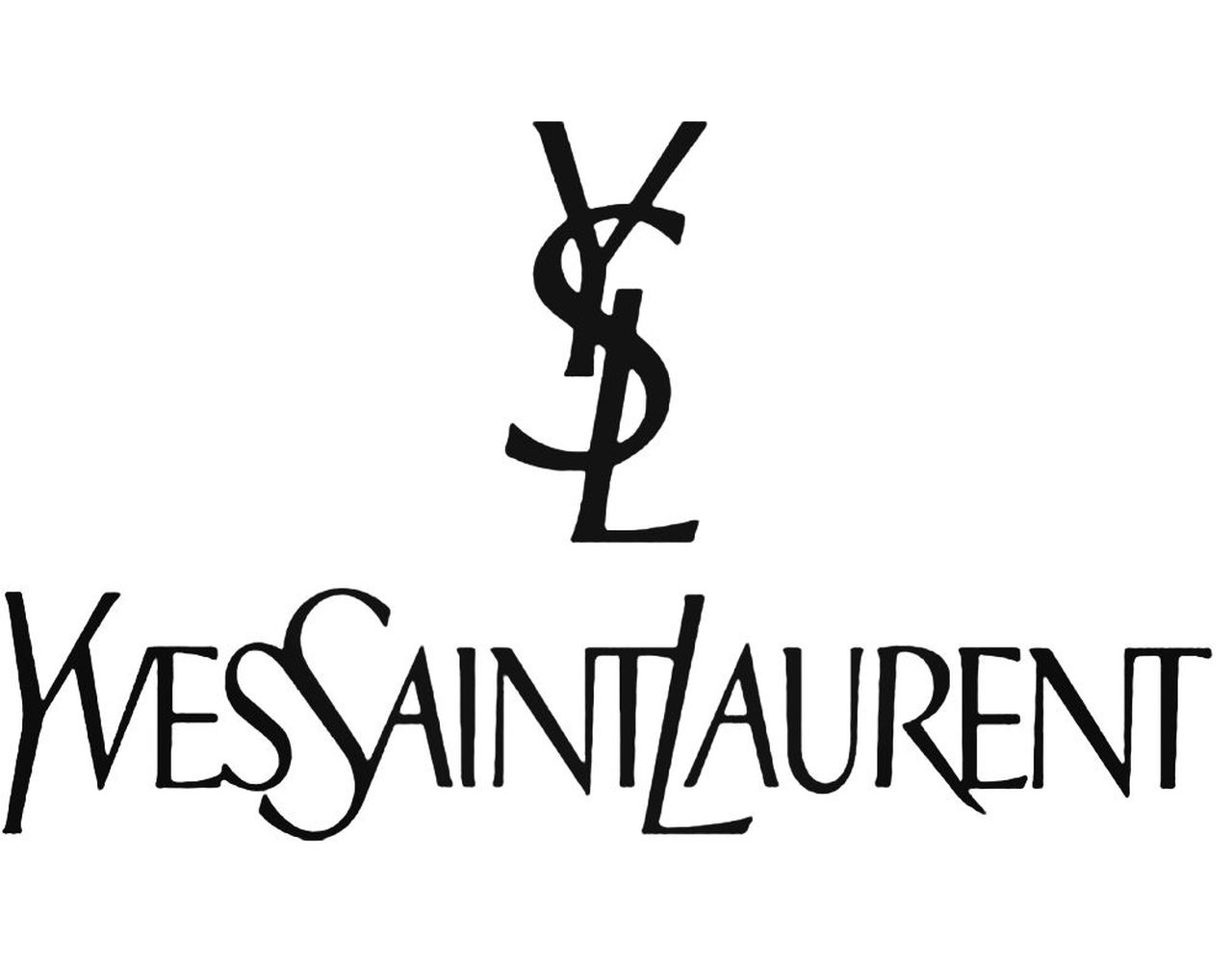 Founded in 1961, it has been considered one of the world's most prominent fashion houses and is known for its modern and iconic pieces, such as its tuxedo jackets for women. Today, Saint Laurent markets a broad range of women's and men's ready-to-wear products, leather goods, shoes, and jewellery. Yves Saint Laurent Beauté also has a notable presence in the luxury beauty and fragrance market, although this is owned by L'Oréal who hold exclusive licenses for the name.

The eponymous brand was founded in 1961 by designer Yves Saint Laurent and his partner, Pierre Bergé, and the current logos were designed in 1963 by A. M. Cassandre. During the 1960s and 1970s, the firm popularized fashion trends such as the beatnik look, safari jackets for men and women, tight pants and tall, thigh-high boots, including the creation of arguably the most famous classic tuxedo suit for women in 1966, Le Smoking suit. Some of his most memorable collections include the Pop Art, Ballet Russes, Picasso, and Chinese ones. He also started mainstreaming the idea of wearing silhouettes from the 1920s, 1930s and 1940s. He was the first, in 1966, to popularize ready-to-wear in an attempt to democratize fashion, with Rive Gauche and a boutique of the same name. Among Saint Laurent's muses were Loulou de La Falaise, the daughter of a French marquis and an Anglo-Irish fashion model, Betty Catroux, the half-Brazilian daughter of an American diplomat and wife of a French decorator, Talitha Pol-Getty, who died of drug overdose in 1971, and Catherine Deneuve, the iconic French actress.

The brand continued to expand in the 1980s and early 1990s with fragrances for both men and women, having launched its cosmetic line in 1978. However, by 1992, the company's profits were declining and the company's share price had fallen.

In 1993, the Saint Laurent fashion house was sold to the pharmaceuticals company Sanofi. In the 1998–1999 seasons, Alber Elbaz, formerly of Lanvin, designed three ready-to-wear collections.

In 1999, Gucci (owned by PPR) bought the YSL brand and asked Tom Ford to design the ready-to-wear collection, while Saint Laurent would design the haute couture collection.

In 2002, dogged by years of poor health, drug abuse, depression, alcoholism, and criticisms of YSL designs, Saint Laurent closed the couture house of YSL. Reflecting on his career and impact on the fashion industry, Saint Laurent was heavily quoted around the world for stating, "Chanel freed women, and I empowered them." Saint Laurent also stated, "I created the contemporary woman's wardrobe."

The prêt-à-porter line was produced under the direction of Stefano Pilati, after Tom Ford left in 2004. His style was decidedly more French than the overtly sexy image that Tom Ford propagated.

In 2009, following the death of Yves Saint Laurent in 2008 and a tumultuous first few years for Stefano Pilati, a few YSL stores closed in key U.S. markets of San Francisco and New York City. The New York location, on Madison Avenue, had been the brand's first in the United States, having opened in 1969. In January 2010, the Chicago boutique on Oak Street closed as well.

In 2012, Kering (previously known as PPR) announced that Hedi Slimane replaced Stefano Pilati as the creative director. Slimane had previously worked with Dior Homme until 2007. In 2015, Slimane announced that he would be reviving Yves Saint Laurent's couture line. In 2016, Slimane left Saint Laurent. His replacement is Anthony Vaccarello.

Despite the fact that Slimane had previously worked with the house, there was much controversy following his appointment, particularly after it was announced that the ready-to-wear line would be rebranded as Saint Laurent. However, the Yves Saint Laurent name and iconic YSL logo have been retained for accessories such as handbags and shoes, and cosmetics (which are licensed to L'Oréal). It was also announced that the design studio would move to Los Angeles, California, Slimane's adopted home, while the couture atelier would remain in France.

Slimane stated that he drew inspiration from when the ready-to-wear line was first launched as Saint Laurent Rive Gauche. However, the decision made headlines around the world. It became more controversial after it was reported that famed Parisian boutique Colette was selling shirts with the line "Ain't Laurent without Yves." Saint Laurent requested the store to stop selling the shirts, which it did in its online store. In October 2013, it was reported that Colette received a letter accusing it of selling counterfeit products that seriously damaged the brand. Following the accusation, it was announced that Saint Laurent had canceled Colette's order for its Spring 2014 Collection, despite the fact that the boutique had been stocking the brand since 1998.

In 2017, creative director Anthony Vaccarello chose Charlotte Gainsbourg, the daughter of Serge Gainsbourg and Jane Birkin, as the face of the FW17 campaign.